Delighted to share this fascinating insight into Nature reserves in London compiled and researched by Kabir Kaul, 14.

I'm based in and obsessed with London. When I first started watching wildlife in the capital nearly three years ago, I wondered which nature reserves I should visit, and thought there might be a map of them.

It turns out there was, but only of those run by certain organisations. It seemed adults were only witnessing the work of their own organisations, and not looking at all the wild spaces of London as a whole. There’s so much more to London than Hyde Park.

As my knowledge of the capital grew, I had the idea of creating the first complete map of nature reserves, a map which would help Londoners explore the capital’s often overlooked wild side, and help them find designated and community-run sites near them. After about a year of using data from DEFRA, I eventually compiled a map of these sites, using an application called Google My Maps, and called it ‘Nature Reserves of London- 1st Edition’. This was up on my blog for about six months, but I thought the map was missing something.

I soon discovered there was another very common type of site, not nature reserve, called a Site of Importance for Nature Conservation (SINC), and these were designated by borough councils (these are the orange points on the map) and GiGL, the organisation which keeps record of these sites, informed me about some other designations such as Ramsar, Special Area of Conservation and National Nature Reserve. For the next eighteen months or so, I spent whatever time I could plotting over 1000 of these points, and recently, I’ve finally finished Nature Reserves of London- 2nd Edition. Currently, I am adding helpful links to the points on the map, which will inform visitors about opening times and accessibility.

I hope the map will encourage Londoners and tourists alike to discover and enjoy a wild space local to them, and embrace the enormous area of woodlands, wetlands and parkland London has to offer. When you explore this side of the capital, you would be surprised to know you can find a bittern in Barnes, a hedgehog in Stoke Newington, a grey seal in Erith and a spoonbill in Hendon! Furthermore, I am hopeful this will encourage everyone to view cities not as immense areas of noise, pollution and overcrowding, but places which have the enormous potential for people and wildlife to coexist harmoniously. 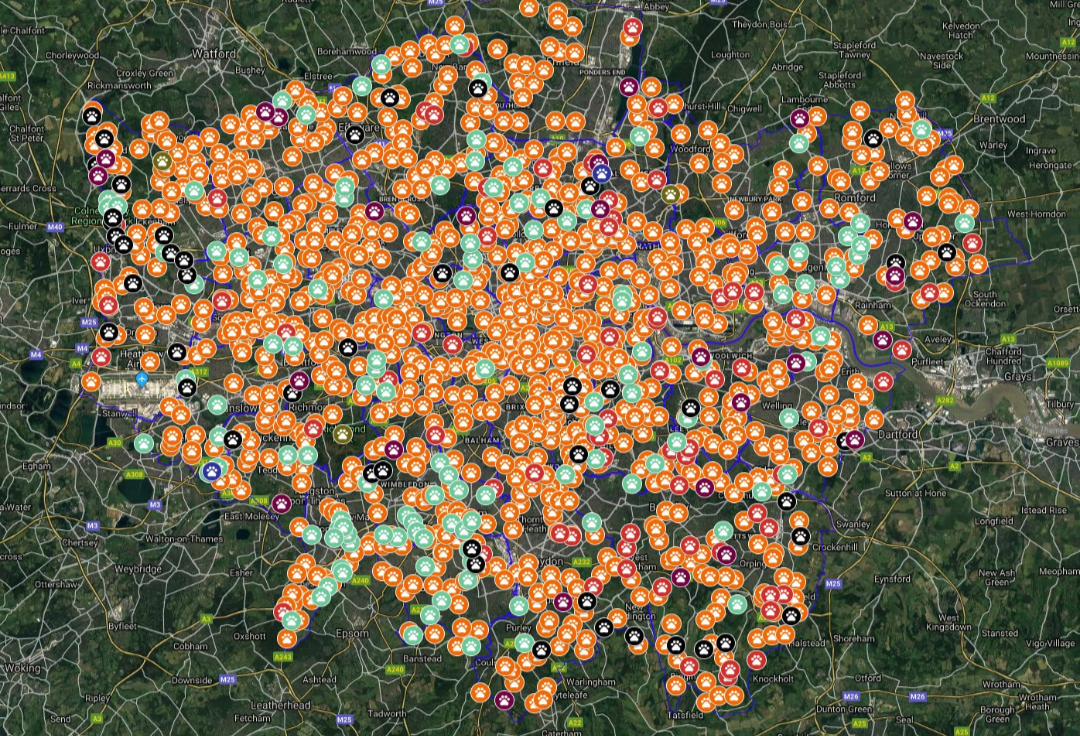