The BTO Bird Camp is a camp specifically run for young people who love nature and want to take a step further. It’s hosted by the British Trust for Ornithology and supported by the Cameron Bespolka Trust meaning it costs £25 for everything.

Friday
After a 12 hour long car journey with a few stops and a bit of traffic, I arrived at camp for 4:35pm. My parents and brother dropped me off at site, then left to go down to London where they saw a show and stayed overnight. They must have been glad to get rid of me for 2 nights.

When I first arrived, I hardly knew anyone which was kind of a good thing because it meant I talked to everyone but then a while later, people I knew started to turn up so we swiftly got the tent furthest away from camp hosts; Nick, Faye and Ben because we knew we were going to be a bit loud and we didn’t want to keep them awake. Our tent filled up very quickly. This meant we had the most people (7). 2 people I hadn’t met before called Alex and Wilum were in the tent and the others I knew already includes; Rowan Wakefield , Kabir Kaul, Calum McKellar, Alex Liddle, Sam and me. We only had the chance to unpack our stuff because we had to go and eat dinner. This was a great chance to speak with people and the pizza was pretty good. 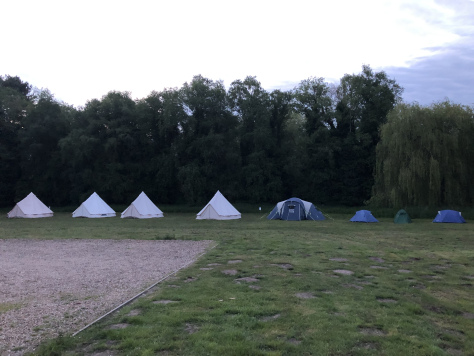 We ate our food rapidly before heading off inside the BTO HQ for a bit of an introduction session. This involved a talk from Nick Moran about general stuff and plans for the next few days. Faye Vogely also did a talk and led a ‘careers in conservation’ workshop to help us decide and plan for the future when we get jobs. This was really helpful as she gave us a taste into the real world with her fantastic presentation about her job experiences. We were also introduced to Ben Porter who is very keen to get us involved and also an amazing photographer.

After all this, we went back into our tents. We somehow managed to speak all night and morning about random stuff. Our whole tent either had no sleep at all or very little. Personally I don’t think this is a bad thing as the camp only runs once a year and it just shows how well we all got on! Although we were like the walking dead the next day and fell asleep every time we stopped moving, it was well worth it.

Saturday
A few of us went out early at 4am the following day for a look around the grounds and see as many species as we could before we left for Lakenheath. We got a good breakfast before we left which was useful to boost us for the day ahead, especially since some of us didn’t sleep. Before we left, we checked the moth trap. We had a few like white point and small elephant hawkmoth which we got some decent photos of. 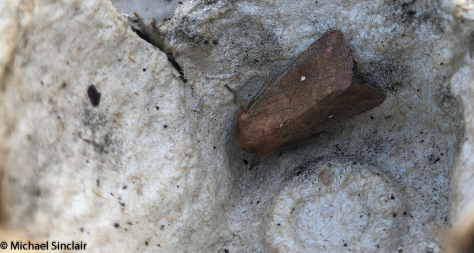 We then split ourselves into the two mini buses which were driven by Faye and Nick. We were also joined by David Walsh, Chris Mills and a few others who helped guide us around Lakenheath and help with anything. It was brilliant! When we arrived we were split into 3 groups and went around with our guides to see what we could. My group’s guides were Faye and David. Some of the bird highlights included: Bittern, Hobby and Marsh Harrier. We saw a range of other species like Scarce Chaser dragonfly. Just as well David was there as he is very enthusiastic about Dragonflies and Butterflies as well as making sure everyone was involved. We also had Faye helping our group. She was very good at speaking to people and making sure we all stayed safe. 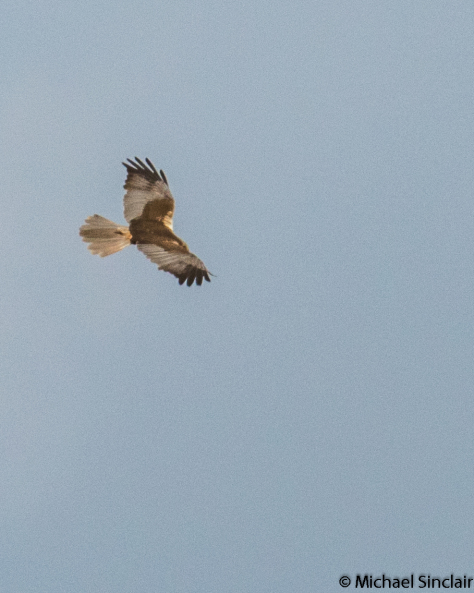 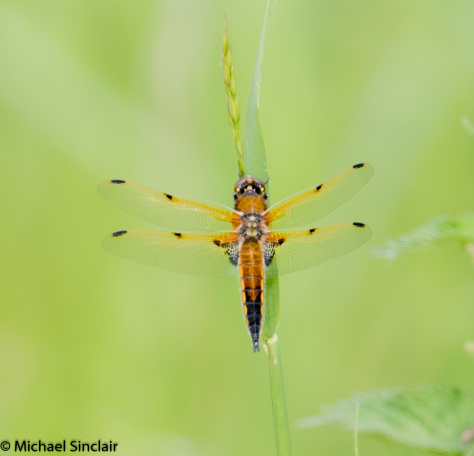 After our adventure around Lakenheath, we ate lunch and heard a talk by warden Dave Rogers who explained so much about the reserve. He is so passionate!

Afterwards we headed nearby to see some stone curlews and have a walk in some woods with a few open spaces within (I don’t know where because I’m not familiar with the area). This was us all in hope of seeing Firecrest, woodlark, tree pipit and some butterfly species! During this time, we were all together as a big group again which was nice because I could go about with different people than those from Lakenheath! We saw pretty much all target species. We heard Firecrest and caught a few quick glimpses of it. Some people even saw a Crossbill fly over! We also got decent Red Kite views. 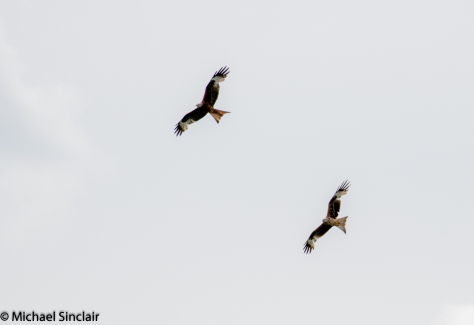 After our walk, we went back to HQ and got our dinner which was kindly made by Nick’s wife and their daughter. It was really good chilli and filled me up, preparing me mentally for seeing NIGHTJARS in the evening! Greg Conway came and talked to us about them before we went out with him and some others to see them up close! They ring the birds as part of a very valuable project that has been running for a while. At first we saw the cuckoos fly over the net but we didn’t catch them. Within no time we were amazed to catch two birds (a male and a female). This meant we could go back early and get some sleep. 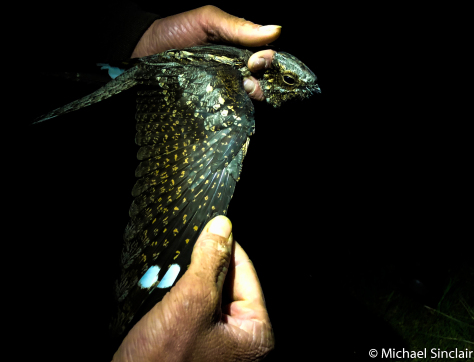 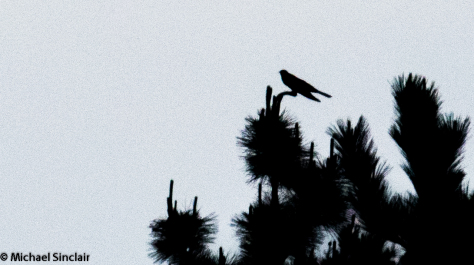 Sunday
The next day came on us very quick because we actually got sleep this time. This day involved a Bird ringing demo, Nest finding and Territory mapping. There were 3 groups of about 8 in each. I was in a group with around 8 people. During our bus journey we saw stone curlew, red legged partridge and hares! We started off at the bird ringing demo where we got Reed Warbler, Blue Tit, Blackbird, Chiffchaff and Wren. We stayed at this station for a while because the other group got distracted with a Golden Plover. This gave us extra time to finish all the good breakfast. When they arrived back we moved onto territory mapping lead by Nick. Some highlights included Garden Warbler, Cuckoo and Green Woodpecker. Our final activity was nest recording with Lee Barber. We found plenty of pigeon nests without eggs and one Dunnock nest which appears to have been predated. As well as the activities we fitted in some birding (picture below) 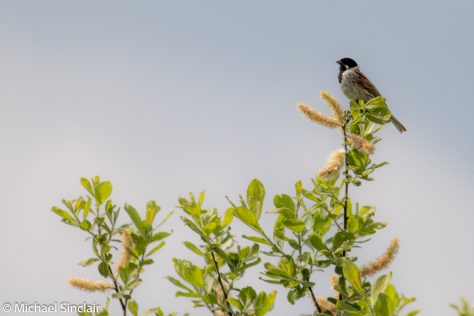 We the headed back to camp (seeing stone curlew again on the way) for the last time and summed up. We spent a while packing up, looking at the moth trap and lots of time sharing our ideas with the BTO on how we can help encourage more young people to get involved. Then finally we all got together with our family and sat in a room with a projector where we showed everyone some of the highlights from the camp!

Summing up
I have been to a few camps so far and it’s honestly so good! We saw a great amount of species over the time and met some amazing people. Everyone got on so well with one another which makes it even better. Something I admit I thought and first when I went to the camp back in 2017 was that there would be some weird people there who only cared about birds and wouldn’t shut up about them but that is far from what it is actually like. People were so chill and funny which was probably my favourite part of the camp. 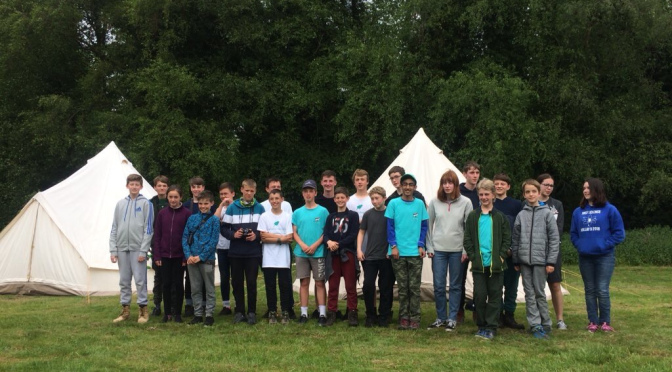 A Visit to Downing Street / 11.07.22
A couple of hours after a biology exam at school, I found myself stepping out of a black cab onto a …
read more