The European Herring Gull (Larus argentatus) and Lesser Black-backed Gull (Larus fuscus), are arguably the most familiar ‘seagulls’ we encounter on a daily in Britain. The misconception is that to the general public these iconic creatures are everywhere, they’re a pest that need to be controlled as the population is increasing; but that isn’t the case, is it?

Data gathered by JNCC and the British Trust for Ornithology (BTO), shows us that both Lesser Black-backed Gull & European Herring Gull have been increasingly their nesting percentage on urban rooftops since the mid-twentieth century. This is due to the factors of suitable nesting habitats, an endless supply of food and the general absence of predators.

In 2018, the first major British seabird census since Seabird 2000 is currently underway. In the 2000 census it was revealed that 10% of breeding Lesser Black-backed Gull were infact nesting in urban habitats, suggesting the figure could grow rapidly. This is where in 2018, the next major census of British Seabird census plays a vital role in understanding the ecology of our seabirds, most of all our breeding gulls; as we’re seeing drastic declines in Black-legged Kittiwake (Rissa tridactyla) and an alternation in breeding environments of our large, white-headed gulls.

In Britain, the European Herring Gull is situated on the Conversation Concern Red List, whilst its close relative the Lesser Black-backed Gull (along with several other gull sp.), are placed on the Amber List. The latest data via the Seabird Monitoring Program show that the number of breeding European Herring Gull in Britain has decreased by 30% between 2000 & 2013 (30% = 140,000 pairs), whilst the Lesser Black-backed Gull has suffered a 48% decline covering the same period (48% = 112,000 pairs). This appears bad and it is, however the figures have a bias towards rural and coastal colonies, as the urban populations are thought to be raising, though there is less evidence to support this theory hence the urgency for a urban gull census.

As my very own patch, Birkenhead Docks supports its own colony of European Herring Gull and Lesser Black-backed Gull, I thought it’d be fitting to take part in the JNCC & BTO partnership seabird census and not just do a census on what was breeding just on my patch, but the whole town - All 25.18 km² of it. To do this I called on Luke Anderson, one of the NGB’s I mentor, to assist in covering such a large area to reduce time, but in the end it still took us a good five hours to complete the census. 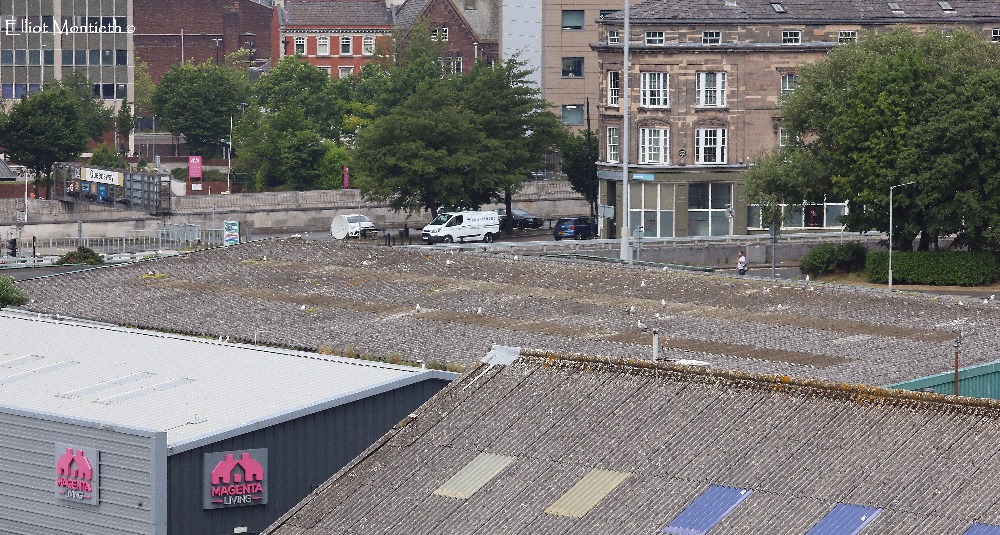 The Common Tern
In addition to the census on the towns breeding gulls, we had a secondary objective to hit two bird with one stone. This in regards to the colony of Common Tern (Sterna hirundo), which breed on the East Float of Birkenhead Docks. 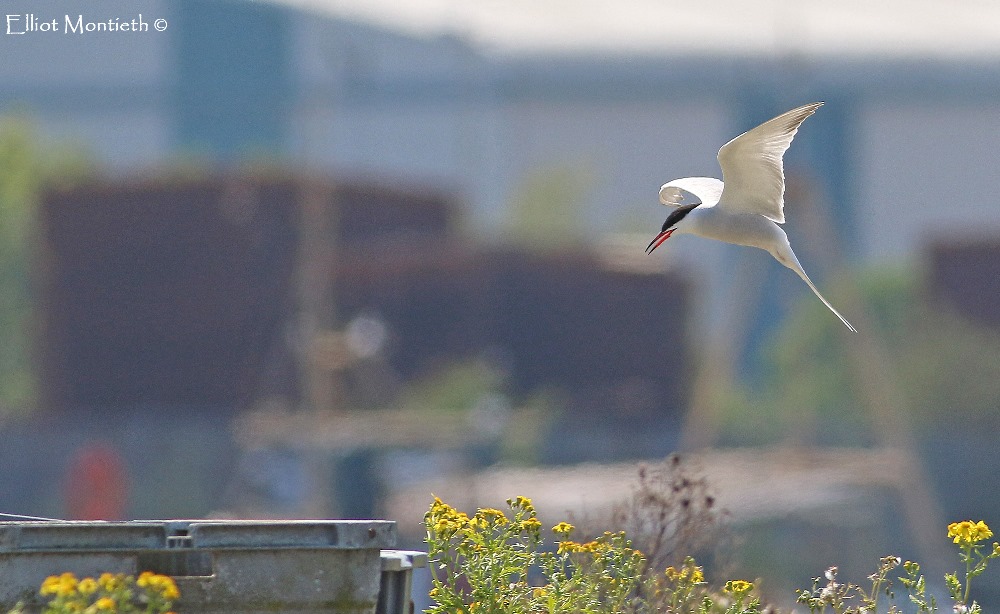 Common Tern breed on the East Float of Birkenhead Docks

Liverpool Bay is designated a Special Protection Area as a result of the Common Tern colonies which are found in the bay. The story started off with the original colony on the Dee Estuary salt marsh, which then expanded over into Shotwick Steel Works in Flintshire. The Shotwick colony grew whilst the Dee Salt Marsh colony believed to be off Burton/Neston/Parkgate died out. As a result of the growth spurt, the Shotwick colony began to overspill which then resulted in the Seaforth colony in South Lancashire being established.  From here, the Seaforth colony began to overspill and a new colony formed up the coast at Preston Docks, Mid-Lancashire. These populations as do all have good and bad breeding seasons, the overall trend has been a decline, but never the less other colonies have become established in Liverpool Bay which include one on the Ribble Marsh, Liverpool Docks and in 2015 I discovered the latest colony in Birkenhead Docks. On another note, there appears to be the making of a new colony up at an undisclosed site in North Lancashire.

Given the importance of the Birkenhead Dock colony of Common Tern, the site is currently under development by Peel Holdings, this was important for us to cover during our census of the town. Which, after a painstaking five hours, our totals came to this:

In other news, the pair of Common Raven on site still had two chicks in the nest, only one pair of Canada Goose has bred at the docks this season, Northern Lapwing are breeding on the same pontoon as the Common Terns and a ‘yellow-legged’ European Herring Gull which was first observed four weeks ago. Has now paired up with a ‘pink-legged’ European Herring Gull, both ssp. Argenteus, and they have two chicks.