For as long as I can remember my family and I have been lucky enough to have our own House Martin colony nesting under the eaves of our cottage, this is the species which over the years has played such an important role in my life. Since getting into Bird-ringing and Nest Recording through the British Trust for Ornithology (BTO) our colony has given us the perfect opportunity to create our own House Martin survey. 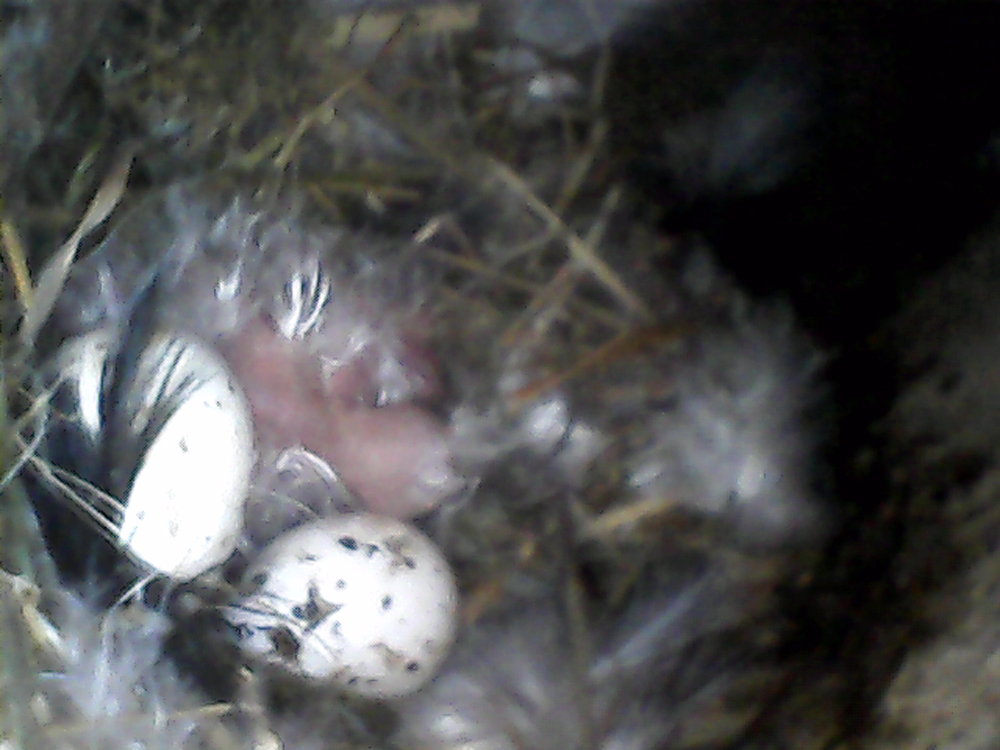 Snapshot inside a House Martin nest, with two chicks hatched and the other two chicks ready to hatch 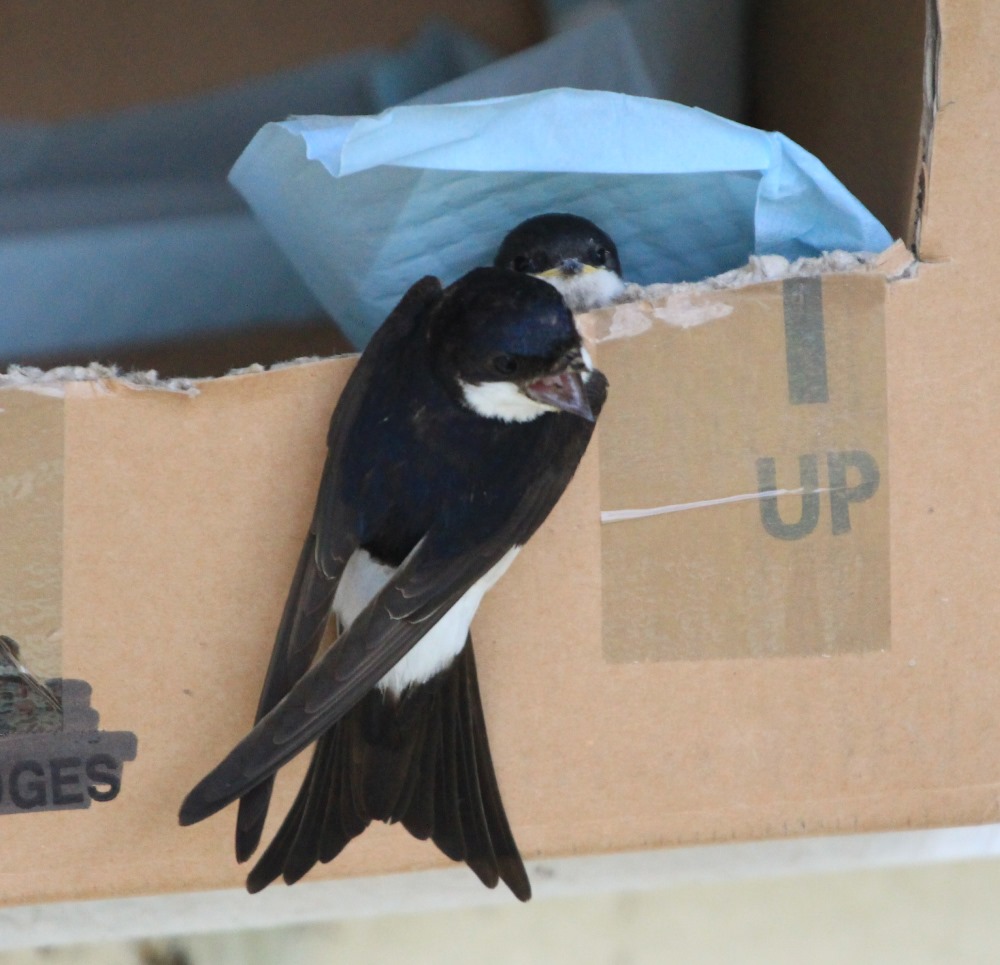 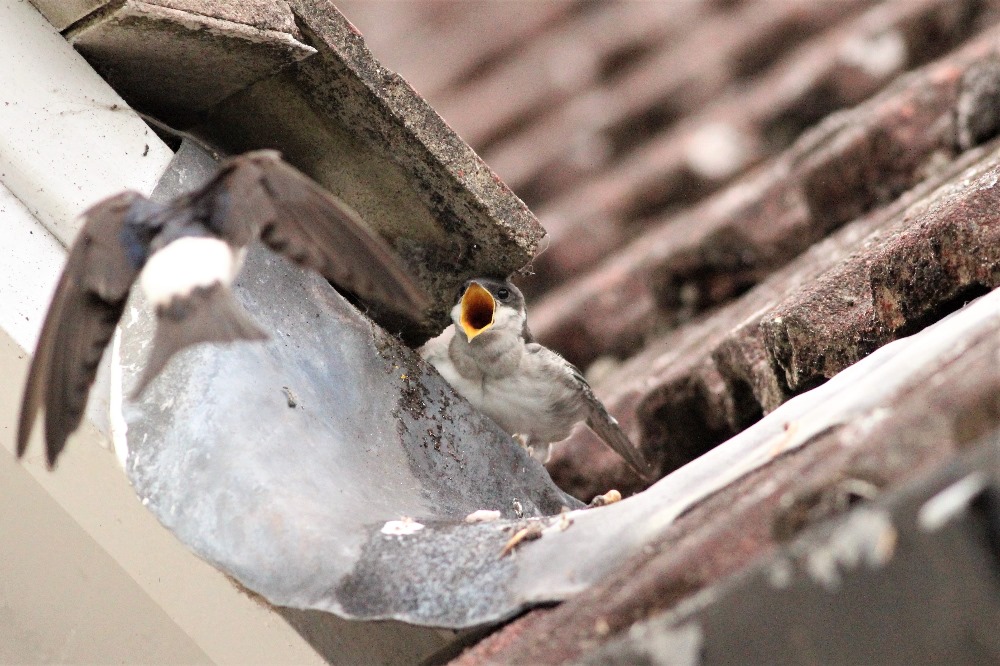 This survey has been carried out for four years now in which my dad and I monitor the multiple nests weekly using a USB Endoscope to peer into the private lives of the nests. Once the chicks have fledged and still attending the nests to roost, we get my ringer to help us ring the fledged chicks and adults. This way we can monitor which birds come back year from year to breed at our colony. As with many surveys, ours has created more questions than answered.

On the 18th June, I walked out the house to go and process the moths in my trap that I’d caught and suddenly there was a young House Martin chick on the patio floor. Once noticing this individual I found two more hiding against the house and it became obvious that these two chicks were too small to have fledged and to my amazement the nest they were in had fallen. This was the highest nest in the colony … and the chicks surprisingly weren’t damaged at all. I rushed to grab a cardboard box to put them in and managed to place it on a shelf my dad and I had erected the previous year to help with, well, let’s say the ‘mess’. When the chicks were safely in the box I had to leave for an A-level exam but to my delight when I came back home the adults were feeding two chicks. Sadly, the other one had fallen.

Over the next five days the adults continued feeding one chick, the second chick had passed away, probably from internal injuries from the fall. Concerns began when the adults were prioritising re-building the nests over feeding the final chick. But thankfully the remaining chick fledged on the 23 June, which allowed me to photograph the chick and the adults feeding it. In the end only one chick survived but one is better than a total failure in this brood. But now I can report from our recent nest surveys that the pair has re-built the nest and we are expecting that any day now the female will lay another clutch. 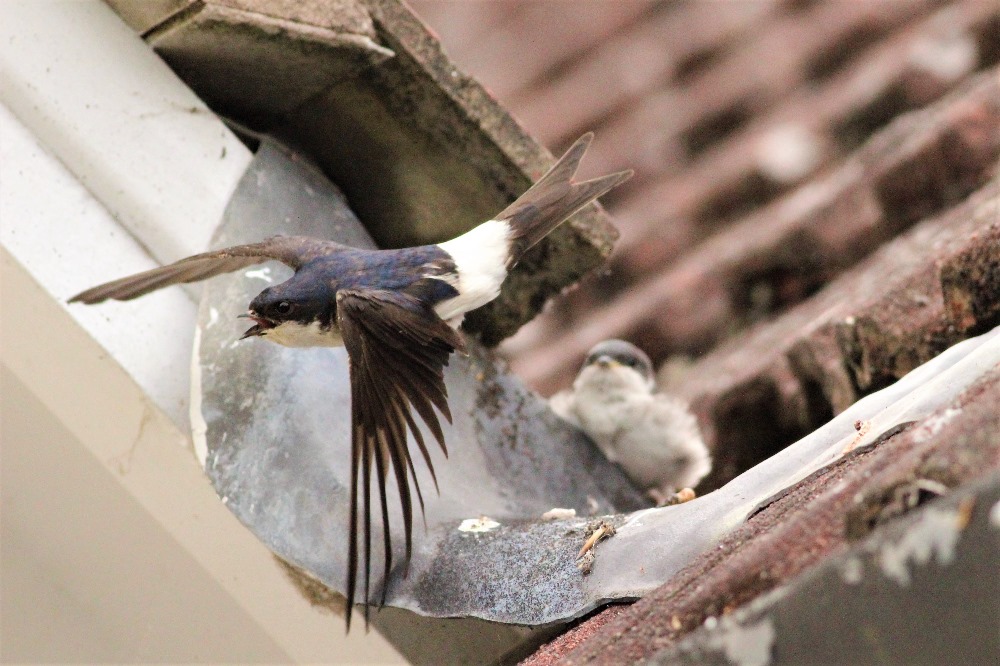